Team Autism MX is made up of Pro AMA Racers, Local So Cal Racers and Racers though out the United States.

Team Autism MX has racers and riders that are in fact on the spectrum, but for the most part the Team is made up of MX Racers that support Autism Awareness and choose to stand out from the crowd and ride for Team Autism MX!

You can’t miss our riders

They are the ones in the Puzzle Pieces!

Look for Team Autism MX on Speed TV’s coverage of the 2012,2013 and 2014 AMA Supercross season. We currently are working on a AMA team as we speak. 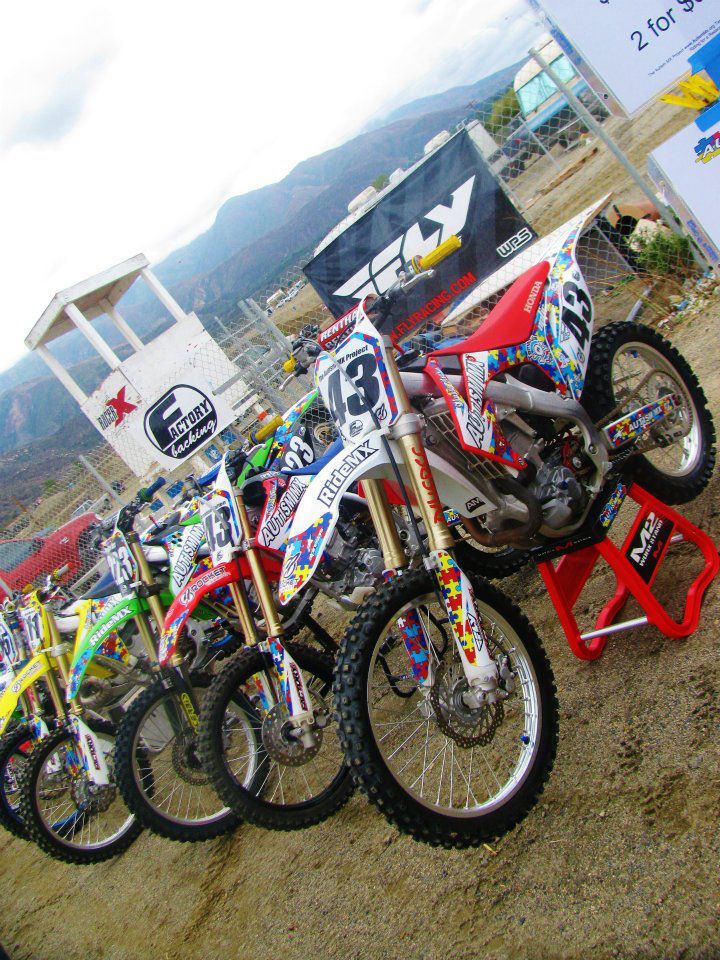